How did the Present Day Holy Bible Came to be?


Well answer to question requires a very long and a descriptive answer. In my Sunday School lot of questions are being asked about how Bible got evolved. In 1456 A.D. Gutenberg produced the first printed Bible in Latin.Gutenberg printed the First Bible. But before the printed Holy Bible what happened. From the first books written by Mosses up to 1456 when the Holy Bible was produce in printed form how did the full Bible came to be. How did people come to know the word of God? Well In this blog I will try my best to substantiate what happened and how the word of God was preserved. Various findings by the archaeologists, historians, Church history, Links of many other important sites, and many other resources will be used in this blog.

The Word of God or the Holy Bible.


All Scripture is God-breathed. (2 Timothy 3:16-17) Heaven and earth will pass away, but my words will never pass away. (Matthew 24:35) In the beginning was the Word, and the Word was with God, and the Word was God. (John 1:1) For the Lord gives wisdom, from his mouth come knowledge and understanding.( Proverbs 2:6) As per John the Word of God has originated from God. As per Bible chronology the Earth is about 6000 years. The maximum approximation is about 15,000 years, but this will stretch the Biblical data too far saysDr. John D Morris Ph.D.in his article “How Old Is The Earth According to The Bible?” So the age of the Word of God is old as the Earth. The original text of the Bible was found in Autographs form. What are autographs? What are autographs? They were the texts written either by the author himself or by a scribe (a text writer) under the personal supervision of the author. Then up to 1456, when Gutenberg first printed the Latin Bible, all the Bibles were copied to papyrus, parchment, and paper. These were called Manuscripts.

Finally when the Holy Bible was translated into a different language, usually from Hebrew and Greek, they are called Translations. But some were done from an earlier translation. Even today Holy Bible is being translated. As per Ethnologies catalogue of world languages, which is one of the best linguistic resources, currently lists 7,099 living languages . Out which The Holy Bible has been translated from Hebrew, Aramaic and Greek .The complete Bible into 670 languages, The New Testament alone into 152, and parts of the Bible to 1121 other languages. These numbers varies from time to time due to the fact languages used by the people changes. Some become obsolete. Some become very popular. Just to speak on the variation, English alone has significantly for the last 600 years.

Then the language usage differences make things difficult. Just give a simple example, Hebrew word, “almah.” In the Old Testament, a young woman, or maiden, was called “almah.” However, in the Septuagint, this word is translated into the Greek as “parthenos” which means, more precisely, “a virgin.” This is complicates the matter more. The Book of Matthew, in the New Testament, quotes this Greek translation and describes Jesus as being “born of a virgin.” However, in the Hebrew, the direct translation would have been “born of a young woman.” This linguistic problem between Hebrew and Greek can be very controversial, as you might imagine. So one can imagine how the different usage of The Holy Bible is been misunderstood or not properly understood when It been translated from Autographs and Manuscripts. In fact not only the readers but also different denominations of Christianity find it difficult to agree with each other due to these anomalies.

History of the Bible & Who wrote the Bible?


The Bible was written over a period of 1500 years, by 40 writers. The Bible reads as a factual news account of real events, places, people, and dialogue. These facts proved by Historians and archaeologists have confirmed its authenticity. There is one central message consistently carried by all 40 writers of the Bible: God created us all, the fall of man and sending of a redeemer, Arrival of the Saviour, redemption of man and continuity of his work by his apostles.

Bible Verse prove itself as the Word of God inspired


Out of all the books in the world The Holy Bible or the Inspired Word of God is Unique in survival, Unique in withstanding external attacks, unique in continuity, unique in circulation, unique in translation , unique in theme, and unique as one book with 73 books.The book is unique because it is inspired by God. No other book is inspired by any god in any other religion. Therefore word of God inspired or the Holy Bible is a unique book to date. These unique facts are proved by the Bible itself. As per words of St. Paul to Timothy: "All Scripture is given by inspiration of God" (2 Tim. 3:16), The survived theme "redemption of the fallen man by the death and rising of Christ" as revealed by God the father in the Bible. Moses was inspired by the Holy Spirit to name the redeemer with words "Seed of the woman" (Genesis 3:15). Prophet Isaiah was inspired by God to name the redeemer as "The Prince of Peace"(Isaiah 9:6). 800 years before the birth of Jesus Christ prophet Isaiah was inspired to prophesy the birth of Jesus in Bethlehem,His death after suffering and the resurrection of Jesus after 3 days. Prophet Daniel was inspired to name Jesus as "The Son of God" (Daniel 3:25) and as "The Son of Man" in (Daniel 7:13). Out of numerous examples these are only very few on the inspiration of God to write His word.
Therefore all the Christians believe in above facts. Billions of Christians in the world know that God Has inspired Holy Bible or the Word of God. These Christians are inspired by the Holy spirit as chosen and blessed through the sacrament of Baptism to focus their minds on the above facts and to base their faith on the inspired word of God. What other proof is required to prove that God who inspired the Christians to believe the Holy Bible is the inspired Word of God.


The Book Word Of God Inspired was made into a Book


History of The Word Of God is old as history of man dates back to 5000 years before the birth of Christ. The Bible or the Word of God was written in different materials as and when the materials got developed. Some were written on mud slabs. Some in stones, some in papyrus etc. The Bible did not just simply happen nor has it been preserved by accident or without effort.Some of the earliest preserved examples of writings were found in Egypt, consisting of inscriptions which appear to date back as far as 4000-5000 B.C. Writing existed for many centuries before Moses. Ancient writing materials consisted of many things before our modern type book evolved. Stone (cp. Ten Commandments, Ex. 20), clay, wood, pottery, leather, and papyrus were commonly used at different periods as material upon which to write. Leather (animal skins) was the primary material used by the Hebrews ("Old Testament") and papyrus (plant material) used to write New Testament. The book of Revelation used papyrus rolls. This was often the "book" during this time period (see Rev. 5: 1). The Papyrus roll (so called because when not in use, it was rolled up) was simply laid down, usually on the floor or ground, and rolled out to be read. About 600 years later, the papyrus roll was replaced by what is known as the papyrus codex. The codex manuscript is what we know today as a book, papyrus sheets placed together in the form of a book, instead of a roll). Parchment (improved animal skins) was also used. Vellum (parchment) became popular in about 199 B. C. For about 1,000 years parchment was commonly used in the making of some of the first copies of the original writings of the New Testament.

We cannot assign an exact date or circumstance to the origin of the Word of God inspired or the Bible. For a considerable time, God orally and gradually communicated with man (Patriarchal Age, Gen. 2-Ex. 20, about 2, 500 years). The first person mentioned in the Bible as a recipient of written God's word is Moses, who lived about 1500 B.C. The Bible itself contributes six distinct writings to Moses (Ex. 17: 14; 24: 4; 34: 27, 28; Num. 33: 2; Deut. 31: 9, 24; 32: 1-43, cp. 31: 22). Moses has not written a scientific book to intellectuals. He has written to Israelite s who followed behind him to the Promised Land. Moses has written the creation as a form of a story so that people who lived at his time will understand. A modern writer would have followed some other style to present this story to the modern man. Moses Here in, the Bible is set apart from all other writings - the Bible is inspired or God breathed (2 Tim. 3: 16, 17). The very words were supplied to the men who wrote; hence, plenary inspiration.

For the first 300 years of Christianity, there was no Bible as we know it today. Christians had the Old Testament Septuagint, and literally hundreds of other books from which to choose. The Catholic Church realized early on that she had to decide which of these books were inspired and which ones weren't. The debates raged between theologians, Bishops, and Church Fathers, for several centuries as to which books were inspired and which ones weren't. In the meantime, several Church Councils or Synods were convened to deal with the matter, notably, Rome in 382, Hippo in 393, and Carthage in 397 and 419.
Pope St. Damasus I, at the Council of Rome in 382, issued a decree appropriately called,'The Decree of Damascus', in which he listed the canonical books of both the Old and New Testaments. He then asked St. Jerome to use this canon and to write a new Bible translation which included the Old Testament of 46 books, which were all in the Septuagint, and a New Testament of 27 books.

How did the Present Day Holy Bible Came to be?

Well answer to question requires a very long and a descriptive answer. In my Sunday School lot of questions are being asked about how Bibl...

Amazing facts for your life

Translate to Any Language

Visitors to my Blog 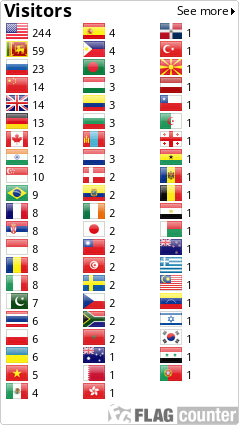 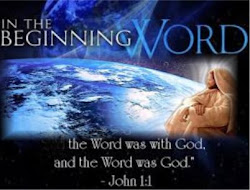 Many More About The Holy Bible

How to play Weekend in Vegas

To Ping a blog